in General Elections
Reading Time: 2 mins read
A A

General elections were held in Kenya on 9 August 2022. Voters elected the President, members of the National Assembly and Senate, county governors of Kenya and members of the 47 county assemblies of Kenya. William Ruto was elected President of Kenya, defeating Raila Odinga. DECLARATION OF RESULTS FOR THE 2022 ELECTION OF PRESIDENT OF THE REPUBLIC OF KENYA AT THE NATIONAL TALLYING CENTRE

General elections in Kenya are held every five years. This was the third general election and the fourth presidential one since the promulgation of the 2010 constitution. The incumbent president Uhuru Kenyatta was not eligible for a third term, nor were two-term county governors as stated by the country’s laws. The 2022 general election saw the lowest number of presidential candidates cleared since the multi-party system was implemented in 1992. All parliamentarians elected will sit in the 13th Parliament of Kenya.

The Constitution of Kenya requires that a general election of members of parliament be held on the second Tuesday of August in every fifth year, which means that the next general election is scheduled for 9 August 2022. If Kenya is at war, the election can be delayed if a resolution is passed in each House of Parliament by at least two-thirds of all the members of the House. Such a resolution can delay the election by up to six months, and may be passed multiple times provided that the delays do not cumulatively exceed 12 months. 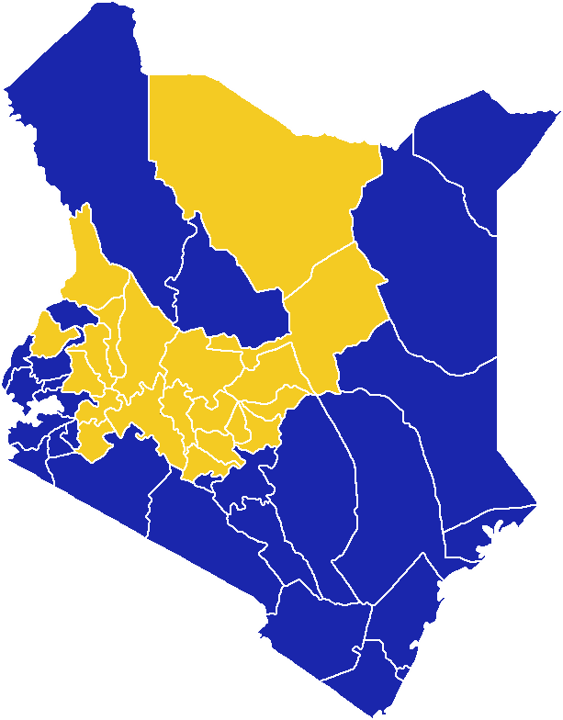 Incumbent president Uhuru Kenyatta is not eligible to pursue a third term due to the two-term limit in the Constitution of Kenya. County governors who have served two terms at the helms of their respective counties are also ineligible for a third term.

Spell of the Gatundu Oaths

ADVERTISEMENT
No Result
View All Result